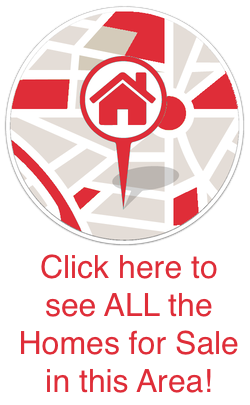 Nestled in a tree-studded valley and surrounded by five peaks known collectively as the Issaquah Alps, this Seattle suburb feels more like a mountain getaway. Combining wide-open spaces and a peaceful, rural feel with easy urban access and a vibrant business community, you get the best of both worlds in Issaquah. 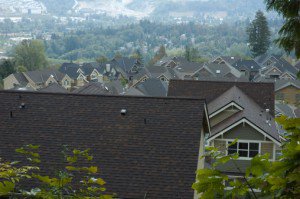 With so much natural beauty right outside your door (a hallmark of living in the Pacific Northwest), you can’t help but want to go out and enjoy it — and for residents of Issaquah, there’s no shortage of opportunities to do so. Within the city limits alone, there’s more than 1,566 acres of open space and recreational land.

Many of these spaces are parks and trails located in the city’s highlands, including those at Tiger and Cougar Mountains, which are both popular hiking destinations in the Issaquah Alps. Tiger Mountain is also a launching point for paragliders and hang gliders. This location offers breathtaking views of Mt. Rainier, the Cascade and Olympic ranges, and the Seattle skyline. According to the the Northwest Paragliding Club, a combination of good flying conditions and year-round accessibility make the Tiger Mountain launch one of the most popular in the U.S.

Downtown Issaquah has adopted “historically hip” as its catchphrase, and for good reason. As a balance to the city’s nature-loving vibe, Issaquah has a dynamic cultural scene, with art galleries, theatres and live music venues, and locally sourced dining and breweries — all against the backdrop of a century-old downtown district. Downtown Issaquah may be historic, but its renovated urban scene is definitely energetic, whether you would like to join an art walk, catch a musical at the Tony Award-winning Village Theatre, go on a historic pub crawl, or browse a farmer’s market.

People have been taking notice of Issaquah’s charms. It was named “Best Suburb” by Sunset magazine as part of its “24 Best Places to Live and Work 2014″ feature. Outside magazinealso recognized Issaquah as a “Best Place to Live” in 2011, ranking the city third among a handful of locations across the U.S. that combine good jobs, affordable housing, cultural opportunities, and outdoor recreation.

Because of Issaquah’s rich history dating back to 1800s, you’ll find both older and newer homes, sometimes side by side. Pre-1954, before established neighborhoods and subdivisions became common, there were primarily smaller homes spread out in rural areas. Some of those early homes have been preserved in desirable areas along Lakes Sammamish.

Post-1954, Issaquah saw a population increase due to business development, and since then, the city has continued to grow. Issaquah has even been ranked as the second-fastest growing suburb in the state in recent years (Forbes).

As a result, you’ll find plenty of architectural styles of housing in Issaquah neighborhoods. From townhomes and condos to spacious single-family houses and even luxury homes, the city’s active business and cultural scenes give Issaquah a choice-filled real estate market.

One of Issaquah’s biggest events is an annual, award-winning festival known as Salmon Days. Because Issaquah has been home to a large salmon hatchery since 1936, the fish figure prominently in the city’s history and culture, both past and present.

Every October for nearly 50 years, this internationally recognized festival has drawn hundreds of thousands of visitors, with a record attendance of nearly half a million. At the festival, you’ll browse more 500 arts-and-crafts vendors, have the chance to participate in a golf tournament or 5K, jam to live entertainment on five different stages, and (of course) eat plenty of salmon or sample something from one of the “Foods of the World” booths.

Gilman Village is also keeping Issaquah’s history alive and well. This shopping center located in the city’s historic downtown district consists of restored buildings, some some dating back to the town’s earliest days in the late 1800s. The venue was designed as a specialty shopping destination to feature local businesses and independent shops, and it has received recognition for its design and landscaping. So when you browse Gilman Village’s boutiques or sit down in a restaurant or coffee shop, you might find yourself in a what used to be a pioneer homestead or a farming or mining building.

The Workforce: Big-Name Retail and Tech

While Seattle may have the corner on jobs, (in 2013 it ranked fifth on Forbes’ list of best cities for good jobs), Issaquah has its own booming job market. Costco‘s global headquarters are located here, making the popular wholesaler Issaquah’s top employer. Microsoft formerly had a campus right in Issaquah in addition to its neighboring Redmond headquarters, and the tech giant is the city’s number-two employer. Nearby Boeing also has a strong presence in the local job market as well.

While you’ll find plenty of career opportunities in Issaquah itself, it’s also an easy commute to Seattle and less than 10 miles to Bellevue and Redmond, both major business and technology centers in the area. Other Issaquah employers include Siemens Medical Solutions’ Ultrasound Group, GoldSim Technology Group, and Overtime Technologies.

Why Live Here: Best of City and Country

Living in Issaquah gives you a balance of small-town charm and natural beauty with urban amenities and world-class businesses. Plus, Seattle is just a quick commute away. Meanwhile, back in Issaquah, you’ll enjoy the city’s walkability, culturally diverse downtown, and high quality of life. When you have the best of city and country living rolled into one great suburb, what’s not to like?

Be astounded by the conveniently located yet secluded setting from this extraordinary home, sophisticated in its architecture & updated interior, immaculately maintained,...

Yes, you can have it all! Situated on a private lot, this updated home offers an open layout, room for everyone and everything, a dreamy backyard, easy commutes, and near...

A beautifully maintained NW contemporary in Hawksridge @ Talus. Backing to greenbelt, this Burnstead-built home has room for everyone and everything. Great curb appeal, a...

The database information herein is provided from and copyrighted by the Northwest Multiple Listing Service (NWMLS). NWMLS data may not be reproduced or redistributed and is only for people viewing this site. All information provided is deemed reliable but is not guaranteed and should be independently verified. All properties are subject to prior sale or withdrawal. All rights are reserved by copyright.
Like or Share
Loading likes...

Looking for the perfect home in the perfect place? Chances are you'll want to check here first. 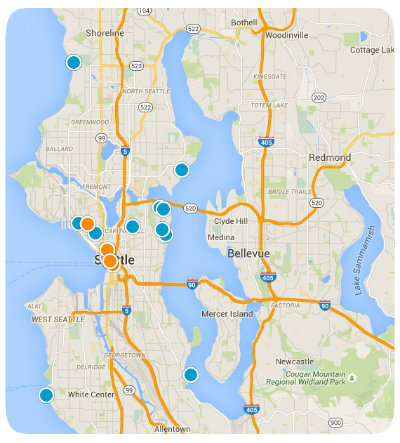